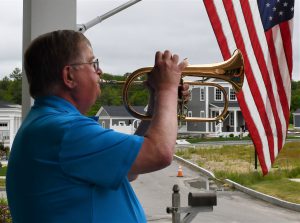 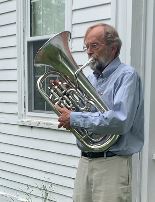 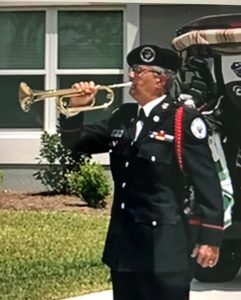 The Maine Pops Concert Band would like to thank all of its musicians who participated in the 2nd annual "Taps Across America" observance held at 3 p.m. on Memorial Day, May 31.

Taps Across America began last year. With COVID-19 causing a cancellation of nearly all Memorial Day observances in the country, the non-profit organization Taps for Veterans organized a special campaign where musicians - mainly trumpeters and buglers - would sound Taps at 3 p.m. in their local area from front porches, apartment balconies, parking lots, and other locations to honor service members who gave their lives for this nation. This special campaign was done to sound honors, while also protecting our citizens from the spread of this virus.

This year, with some communities still hesitant to conduct public ceremonies, over 5,000 musicians from across the nation - including some of our own MPCB members - joined the solemn observance for a second year.

As the nation gradually reopens, the chances of more traditional Memorial Day parades, ceremonies and observances will likely return. However, the popularity of Taps Across America will likely continue, allowing local neighborhoods around the country to pay their own tribute to America's fallen service members.

To those Maine Pops musicians who joined the thousands of musicians across Maine and the country, we say thank you for participating and for honoring our fallen service members.